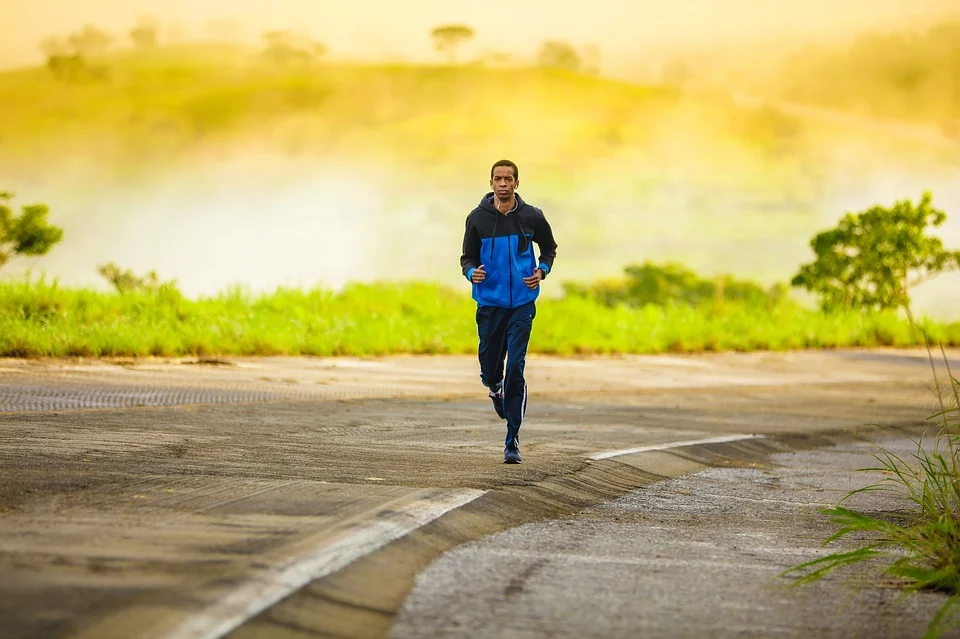 After waking up to a chorus of jay birds chirping outside his window early Sunday morning, local Black man Chase Miles decided it was time to dust off his jogging shoes for the first time in nearly four years. Citing the results of the presidential election and Lamar Jackson’s continued improvement as a pro quarterback, Miles said America is starting to feel like a safer place for Black people to run.

Miles, a 43-year-old licensed shepherd, was a two-time county track champion in high school and has maintained his running regimen throughout most of his adult life. In late 2016, however, he gave up the healthy hobby after multiple racially charged incidents, leading to weight gain of over 25 lbs and a recent diagnosis of pre-pre-diabetes.

Miles hated the idea of giving up running, but he knew if something happened to him, his wife would be left alone with the couple’s 14 sofa pillows. “It felt like I was stuck between a rock and an orange place,” Miles said. In December of 2016 alone, Miles estimates he was shot at 10-12 times, threatened by hundreds of strangers, and bitten by at least 1,000 canine and human officers.

“If a white guy was jogging in front of me, white people thought I was chasing him,” Miles explained, “and if there was a white guy running behind me, they assumed I had mugged him and was casually getting away.”

“Sometimes there’d be nobody else around and off-duty officers would instinctively just start shooting at me,” Miles continued. “In their defense, all the targets at the local police shooting range are black silhouettes, so it could’ve been a bunch of honest mistakes.”

While Miles admitted he was initially concerned by a Fox News report alleging that Vice President-elect Kamala Harris has a nasty habit of post-coitally snapping the heads off her partners and devouring their lifeless bodies before bathing in their blood, he ultimately rationalized that the Vice President doesn’t really matter.

Ignorance was only temporary bliss for Miles though in regard to Biden, as he spent half an hour this afternoon reading up on the former senator’s racial relations in the 70s and 80s and his well-documented record of voting exclusively for white American Idol contestants since 2002, when the President-elect publicly beefed with eventual runner-up Justin Guarini. Upon the unsettling revelation, Miles reached for his laptop to order a treadmill.

Like Loading...
‹ Harbaugh Leads Michigan Protestors in ‘Stop the Count!’ Chants in Response to His 0-4 Record vs. Buckeyes
Roethlisberger Sexually Assaults Himself in Bathroom ›