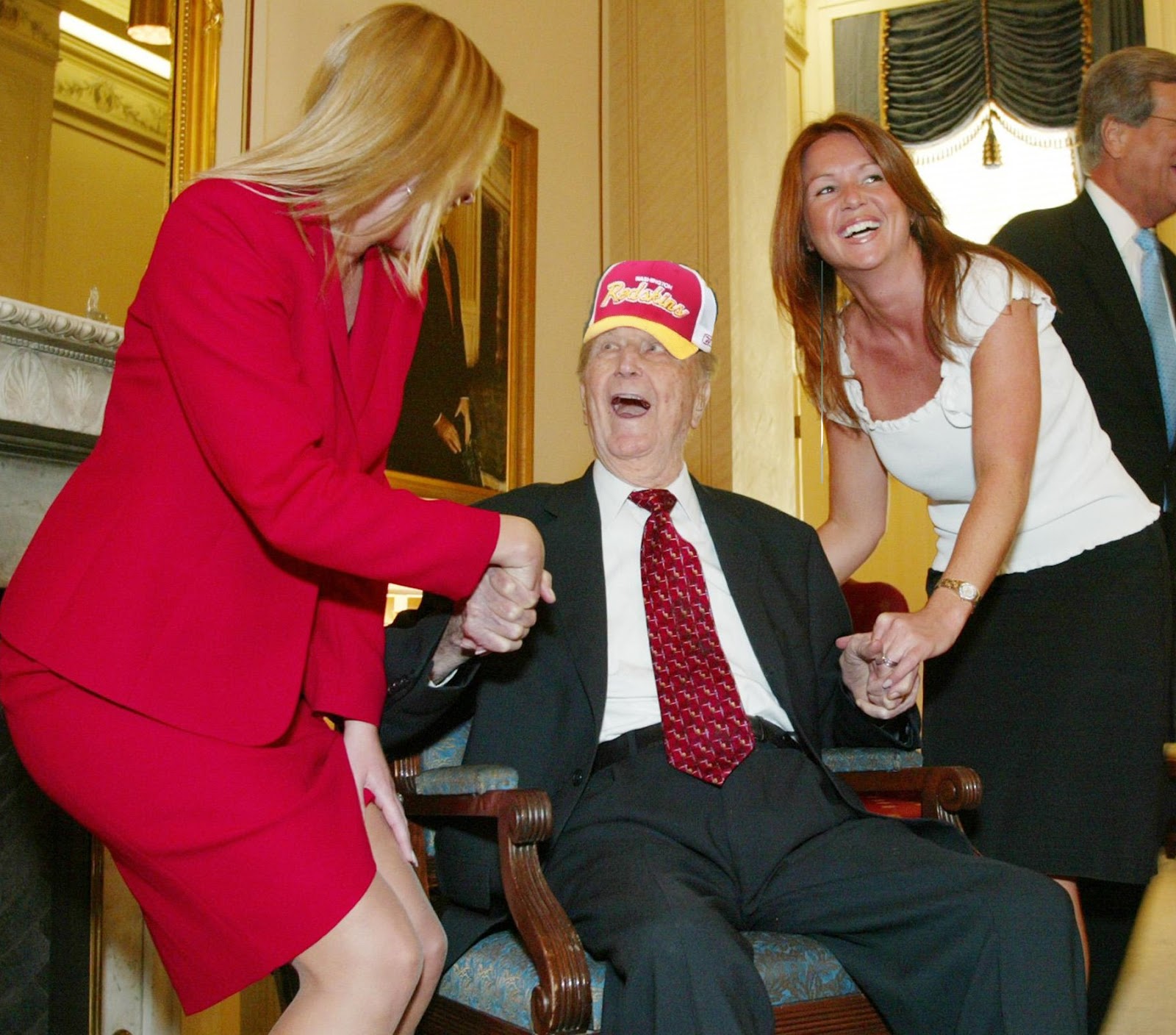 Strom Thurmond right after shitting his pants in 2001

July 5, 2020 – The Washington R**skins and team owner Dan Snyder have taken a surprising U-turn against public sentiment Saturday by announcing they will NOT change the team’s controversial name. Reports on Friday implied Snyder was “likely” to change the name in order to placate sponsors and public opinion, but it appears he found new sponsors and never really gave a shit about anyone’s opinion.

The R–skins stated on Friday they would conduct a “thorough review” of the name, and rumors of potential new options started to circle. According to team officials, Snyder was considering a couple of “less slurry” Native American names such as “Warriors” and “Braves”, along with what the team referred to as “respectful endangered animal” names which include “Mountain Lions”, “RedHawks”, and ”Black Golfers”.

By Saturday afternoon, Snyder secured several conservative sponsors to replace FedEx, Nike, and PepsiCo. Long-term deals are expected to be signed by Monday that will have the R!@skins playing home games at the Duck Dynasty Dome and drinking Natural Light Seltzers on the sidelines instead of Gatorade. Kirk Cousins is reportedly “pissed” he left.

Along with stadium naming rights, the Louisiana-based Duck Dynasty will expand operations to outfit the team with new jerseys, cleats, helmets and rifles. The custom Duck Dynasty home uniforms will be all camouflage, while the away jerseys will all be made with chunks of real Confederate flags. The helmets, originally designed by Strom Thurmond in 1952, will show the traditional R+?skins mascot on the right side drinking corn liquor, while the left side will display the lowercase “t” from “Washington” burning on a lawn.

Duck Dynasty Grand Wizard/CEO Phil Robertson said he’s humbled by the opportunity to outfit the “only sports team that’s still got a nutsack” in 2020. Giving an apparent nod to a couple of Washington’s other new sponsors, Robertson added “I can guarantee you our friends up in the Smith & Wesson DroneBox will make dadgum sure no Commie Kaepernicks ever try takin’ a knee on Grizzly Wintergreen Pouches Field.”